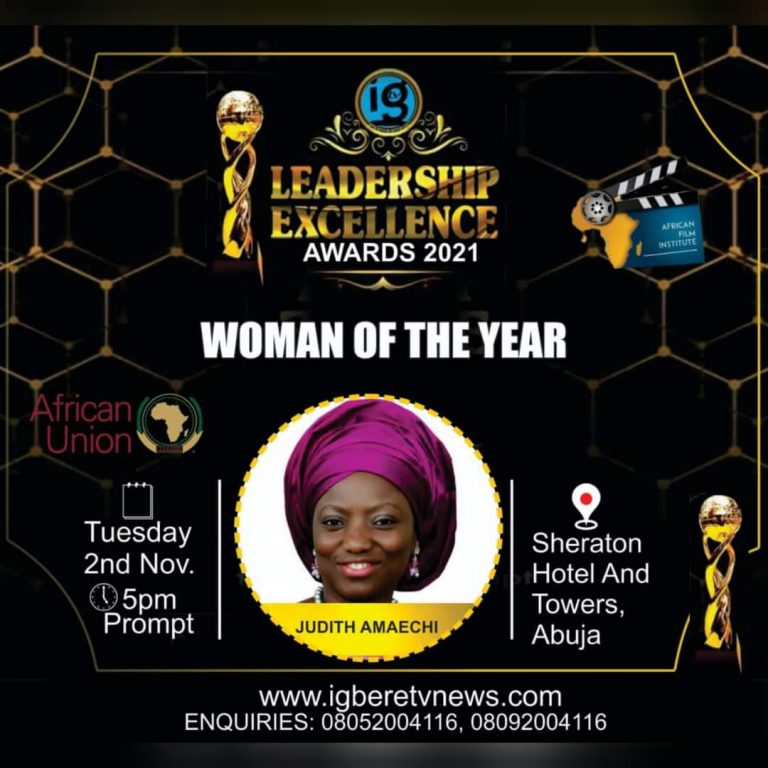 Wife of the former Governor of Rivers State and Current Minister for Transportation, Dame Judith Amaechi has been voted and renowned Humanitarian as woman of the year 2021

Those she defeated are Folorunsho Alakija, the Group Managing Director of The Rose of Sharon Group, Genevieve Nnaji, veteran Nollywood Actress, and Amina Mohammed, Deputy Secretary-General of the United Nations.

She is the head of the Empowerment Support Initiative (ESI) which campaigns against HIV/AIDS, advocates the rights of the women and children, and promotes gender equity and Girl Child education.

Philanthropist, Obi Cubana was also voted Man of the Year 2021

The prestigious award, organised by IgbereTV, is endorsed by the African Union, African Film Institute. It recognises and honours the outstanding impact of leaders in both the public and private sectors in Nigeria.

The 2021 edition award presentation is scheduled to hold on November 2 at Sheraton Hotel and Towers Abuja.

Wife of  Minister for Transportation, Mrs Judith Amaech Voted 2021 Woman Of The Year