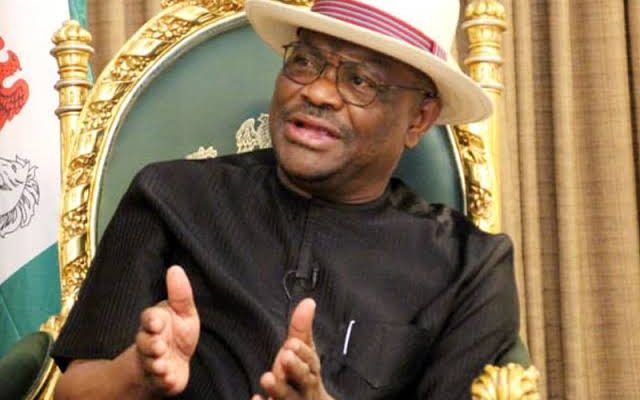 It has come to the attention of the leadership of Movement for Peace & Responsible Leadership that, afraid of the poor attendance that may mar today’s Rivers PDP governorship campaign flag-off, Gov Nyesom Wike has directed that the payment of November salaries for all 200,000 special assistants be done at the Adokiye Amiesimaka stadium, venue of the rally.

The November salary payment which will be made in cash (as a way to quickly dispense with stashed public funds in the light of CBN’s decision to print new currencies), is on the condition that all 200,000 special assistants will bring along with them five persons each, to cover up for the poor attendance already envisaged at the rally.

This swift “Plan B”, as observed by our movement, is ocassioned by a last minute realisation that most of Wike’s grassroot mobilisers have been diverting party mobilisation funds for their personal use, having decided to use this as a last minute opportunity to cash-out in a government that has neglected its members for over 7 years and weaponise poverty.

The inadequacies in number of billboards, banners and posters resulting to serous deficiency in the visibility of SIM Fubara, his proxy Governorship candidate, on the streets, in and around the Adokiye Amiesimaka stadium, despite billions of money allocated for that purpose, is also reported to have made Gov Wike very angry last night.

The governor appears very desperate to showcase what he described as an “intimating crowd”, as a way to make bold statement to Atiku Abukar and his other political enemies, but those he has tasked with assignments seems to be pursuing their own selfish agenda.

See also  AS A STUDENT, I BUILT RELATIONSHIPS ACROSS BOARD, WE ALL HAVE A DUTY TO FIX NIGERIA - PST.TONYE COLE.

Our movement is not interested in what Governor Wike does or how he intends to fight his enemies or even pursue his ill-fated third term agenda, but we’re however worried about the dangers of stampede that may happen as a result of having over 1 million people (200,000 ×5=1,000, 000) rushing to get cash.

The governor took an oath to protect lives and properties and so it is irresponsible to do things that will endanger public health and safety.

We therefore want to call on the EFCC, the ICPC and other law enforcement agencies to immediately swing into action and beam their eagle eyes on that studium today to prevent an abuse of our currency, and take measures to protect lives and properties.

We also want to call on the governor to remember his responsibilities to public safety. In a state of over 6 million people, it is not such a difficult thing to fill a 45,000 capacity stadium, making the use of cash traps to do so totally unnecessary. Let the governor allow reason to prevail and save our dear state.