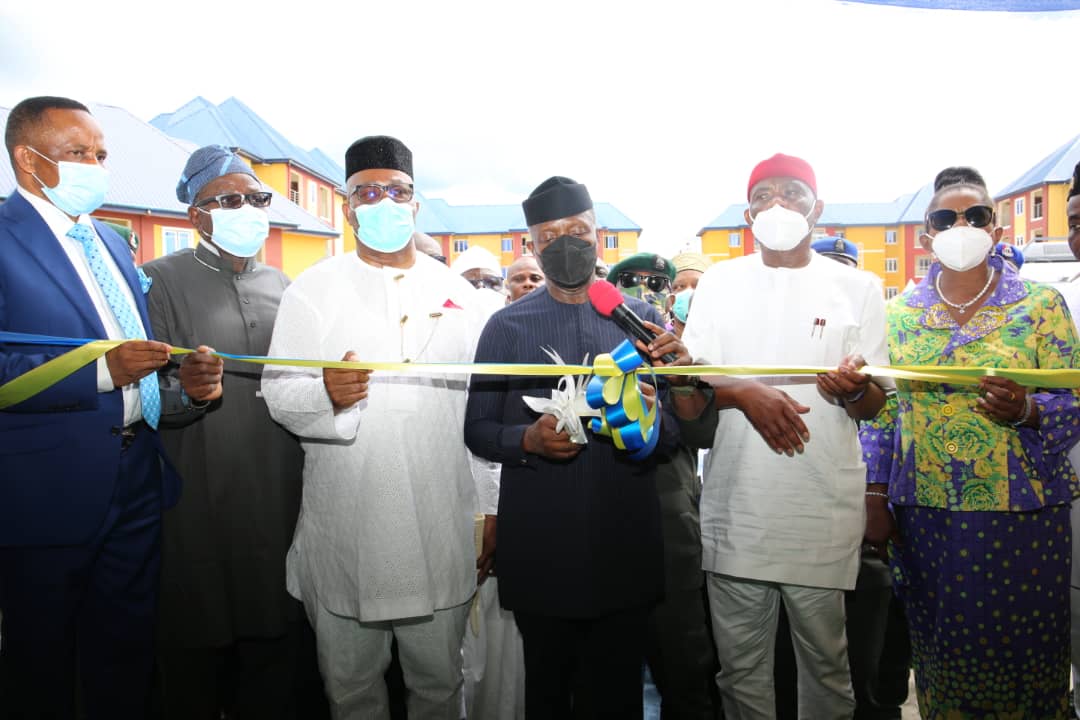 President Muhammadu Buhari has said that the provision of modern accommodation to the police is an important feature of the comprehensive reform of the service which his administration is embarking on.

President Buhari stated this at the commissioning ceremony of the ultra modern Nigeria Police (Special Protection Unit Base 6) barracks of the Nigeria Police, built and donated by the Niger Delta Development Commission, NDDC in Omagwa, Rivers State.

President Buhari, who was represented by Vice President Yemi Osinbajo, noted that the barracks from the NDDC will not only improve the welfare of the SPU, but enhance the peace and prosperity of the Niger Delta region. The President also praised the Minister of Niger Delta Affairs, Senator Godswill Akpabio and the NDDC management for giving adequate priority to key projects.

The facility comprises a commander’s quarters, 68 residential flats, offices and other facilities. It is named after the President himself.

Other persons who spoke at the event were Governor Nyesom Wike of Rivers State; Senator Akpabio; the Inspector General of Police, Mr Alkali Baba Usman; the chairman of Senate Committee on NDDC, Senator Peter Nwaoboshi and his House of Representatives counterpart, Hon Tunji Olubunmi-Ojo.

Gov Wike said previous NDDC management failed, not just because of corruption and mismanagement, but also because “they did not create synergy between the Commission and the state governments.”

In his own remarks, Senator Akpabio said the new drive by the management of the Commission is ‘’derived from the marching order the President gave us to complete all key developmental projects abandoned by the NDDC.”

He noted that in the next few weeks, the President would be invited again to commission a 132-KVA electricity substation in Ondo State, which will enhance the electrification of the southern parts of Ondo State and provide electricityto about five local government areas.

The Inspector General of Police was visibly excited as he formally took possession of the barracks. He described the commissioning ceremony as ‘’a landmark event’’ and noted that “this was the first ever mega residential facility for the SPU since it was created in 2009″, as a strategic unit dedicated to providing security to high-risk personalities and politicians.

The Interim Administrator of the Commission, Efiong Akwa, had earlier in his welcome address traced the history of the project, saying that construction started in 2012 but was delayed due to nonpayment of contractors.

He added: ‘’But because the President had ordered us to complete important projects that have relevance to the lives of the people, we had to do all we could to finance the completion of this barracks.”