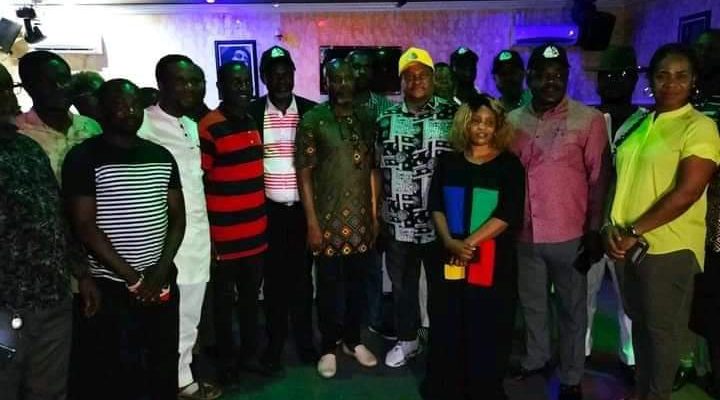 The Rivers East Senatorial candidate for the All Progressives Congress (APC) – Dr. Ndubuisi Nwankwo partners with Frontiers for Peace and Unity in the forthcoming general elections. Dr Ndubuisi Nwankwo in a visit to FPU Secretariat on Monday 1st August, 2022 solicited and craved for the partnership of FPU in his quest to win the 2023 elections for Rivers East Senatorial district.

According to him, “FPU has in recent times demonstrated enormous capacity that cannot be ignored”. The Senatorial hopeful also stated that FPU is the first political group he is meeting to seek partnership as other groups were the ones coming to see him. To him, this shows the value of FPU in the political environment of today.

Nwankwo chronicled the giant strides of FPU across the country for the mobilization of the actualization of our principal presidential ambition  Rt. Hon Chibuike Rotimi Amaechi. He enjoined FPU to bring that same vibration into this partnership most especially, now that election results are counting. He promised to carry everyone along if given the opportunity to serve.

In response,  Ambassador Mrs Owas Ikalama, the National Coordinator for FPU welcomed the Senatorial hopeful and his entourage. Owas in her statement thanked the candidate for identifying and partnering with FPU.

Also, the State coordinator,  Hon. Temple Kpee in his statement reiterated the sterling qualities of the candidate. He said that the candidate was in the right place as FPU has positioned itself as a vibrant brand to be reckoned with politically.

The State Secretary of FPU,  Sir. ThankGod Okannah in his statement, reiterated the journey of FPU. He informed the Senatorial hopeful that the group (FPU) was a child of circumstance. According to Okannah, the group was formed to wipe away political tears of many years.

He eulogised the uncommon commitment of our National Coordinator whom God Almighty is using to finance the activities of FPU. He informed our visiting guests of our readiness to prosecute campaign as that is evident in the number of vehicles purchased by the founder which includes One Coaster bus, two Hummer bus and two sienna buses.

See also  If Nddc fail to pay, I will shut down Eastern bypass - Gov. Wike

He told the visitor to hold true to his words, as the group is ready to partner with him. He informed that FPU has never got one Kobo from any politician.

Further more, the APC Chairman of Emohua Local Government Area, Barr. Austin Asomeji in his statement, said that he was happy to witness this partnership agreement between the candidate and the FPU.

In the entourage of the Senatorial hopeful was his campaign director, *Mr. Cromwell Chukwu.