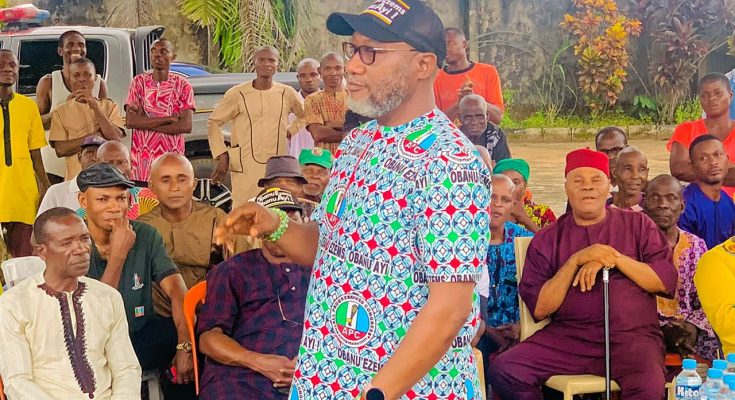 Frontline candidate for Ikwerre/Emohua Federal Constitution, Barr. Ezemonye Ezekiel-Amadi has extended sensitization on collection of Permanent Voters Card (PVC) and the need for more participation in the electoral process to electorates in Emohua LGA of Rivers State. Continue Reading

The former Rivers Commissioner for Lands and Survey, Ezemonye who was in Ubimini (Ward 12), Rumuji (Ward 13) and Rumuewhor (Ward 14) enjoined the electorates to join hands in rebuilding the constituency, stressed that PVC is a guaranteed license for participating in the electoral process.

He also enlightened them to elect leaders who’ll put the interest of the people first, leaders who are committed to nation building and human capital development.

The sensitization tour to the 3 Emolga communities witnessed a large turnout of electorates.