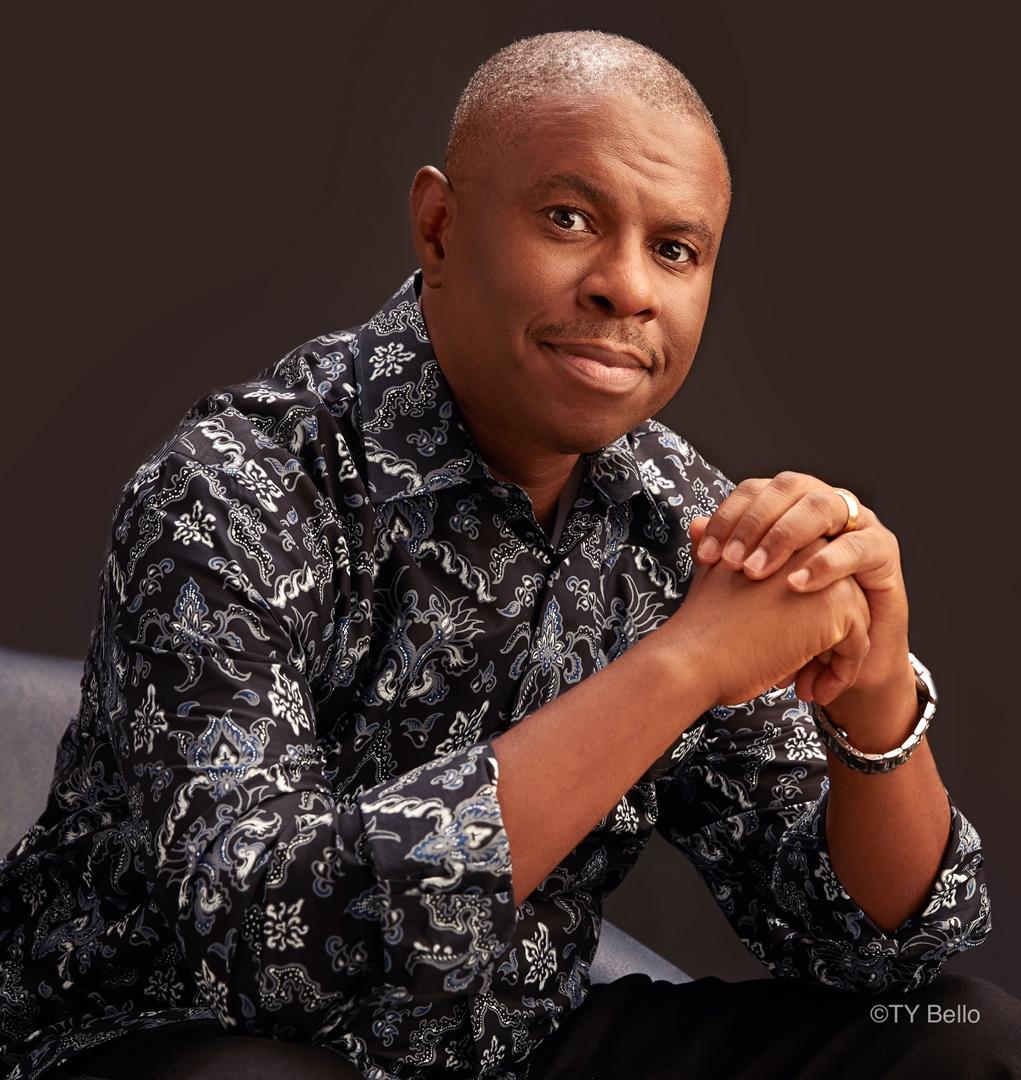 Though a Christian celebration, Christmas has turned into a cosmopolitan, cultural, and social celebration marked and enjoyed worldwide by different religious adherents. In Nigeria, a religiously diverse nation, many homes, Muslims, Christians, and traditional religion practitioners, celebrate the spirit of friendship and comradery among different people, enjoy harmless fun, exchange gifts, and share the love that is the hallmark of Christmas.

However, Nigerians have concerns they wish their leaders and government could address, so they have fulfilled celebrations and look forward to 2022 with hope and optimism. These concerns emanate from the yearly experience of people nearer to Christmas celebrations, and these issues have been a recurring decimal in Nigeria during the infamous ember months. Top on the list is insecurity.

Although there have always been fears of insecurity during Christmas periods in the past because of a sense of heightened quest to make money legitimately and unscrupulously, among many people, especially the youths, the desire to show off with the latest gadgets, toys, cars, clothes, and other accoutrements of ostentation pushes many people to engage in various forms of criminality.

In recent times, insecurity has taken a more sinister dimension than previously. The secessionist agitations in the Southeast, the banditry and terrorism of the Northeast and Northwest, the mayhem of Fulani herders and their conflicts with farmers in the Southwest and middle belt region. We also have  kidnapping and militancy in the South-South and these entail
that most nooks and crannies of Nigeria are insecure. Some have a yearly ritual of travelling back to their villages to commune with family and God. This year, many are having a rethink about making those journies .

The above issue is especially so with people from the Southeast living in faraway North or Southwest. They will struggle to understand the killings in their hometowns and the constant sit-at-home orders by IPOB. Fear is the new normal, and people are afraid for their lives and from harm. Government should do everything within its powers to assure Nigerians of their safety. An orchestrated and detailed plan of providing security, especially in known hot spots by the security apparatus, is essential to instill confidence in the people.

Travelling by road should be made more secure by the government. I sincerely hope that government will give Nigerians the Christmas gift of providing robust security during this festive season on our major highways. If the government has any plans and activities towards offering protection, it should let the citizens know to inspire confidence before the yuletide starts proper.

Besides insecurity in road transportation, traffic management is another bane of road transportation in Nigeria. Traffic jams are prevalent in most urban areas, but with the festive season approaching, this exacerbates and becomes a source of anguish and irritation to drivers and passengers. Government should start on time to plan how to provide robust traffic management and control systems, utilising modern technology. An efficient road traffic control system is a great Christmas gift Nigerians will cherish from the government.

Our gateways are often overwhelmed at peak times during the Christmas season. The airports especially are crowded with people coming back from big cities or abroad to spend Christmas with their families. Often, with crowding comes the collapse of efficient service provision, touting, flouting of rules and best practices in safety, poor crowd management and flouting of laws on Covid 19. The facilities are sometimes not kept in good shape and our gateways, often the first point of contact with foreigners coming into the country, become glorified motor parks where anything and everything goes. The government will use the little time it has now to plan and implement an efficient and effective airport management system that is fit for purpose and will utilise appropriate resources to run the airports effectively. Foreigners and visitors must feel welcomed to Nigeria and have a positive perception of Nigeria in the first few minutes of entering our airports.

Christmas is a festive season, and food prices tend to go up due to high demand. This year has been exceptional. Food prices all year have been increasing at above 10% . Already, the cost of staple food has gone beyond the affordability of many Nigerians. Although the government does not have direct control over the cost of food, Nigerians will appreciate any macro-level intervention it can make to stabilise the price of food. Any measures taken by the government to stabilise the cost of food will be a Christmas gift most Nigerians will love.

Next to food price issues is the rising cost of fuel and gasoline. The gas price has increased by over 200% in the past year. The price of petrol, although stable, for now, is feared to rise drastically if the government goes ahead to remove the fuel subsidy. Nigerians at the lower ebb of the economic strata are feeling the bite of the increase in fuel and gas prices. If they cannot afford foodstuff and Gas to cook food, that will threaten their existence. The direct implications of this are the prevalence of malnutrition, diseases and sometimes death.

An increase in transport fare due to a rise in the cost of fuel will have a significant negative impact on poor people. Fuel scarcity is prevalent during the Christmas period. So far, the government has done a great job to reduce the case of fuel scarcity in Nigeria. We hope that the government will put all strategies and operations to avert any fuel scarcity and force the price of goods not to skyrocket during this festive period. Any positive action in this direction from the government will be a great Christmas gift for many Nigerians.
The reality is that fears are growing that inflation could burn red hot, as Nigerians pay higher prices on everything from airfares and electricity to rents, fuel, transport, food items and cooking Gas. The government should not be aloof to these fears and concerns but must work collaboratively with the private sector to reduce these concerns on many Nigerian citizens. On the side of the citizens , we expect economic common sense . People must avoid the temptation of seeing this season as a period of profligacy.

Nigerians would like to have hope in the future, which is the true bedrock of development and patriotism.A recent study by professors at the University of Miami has shown that in nations where people are more optimistic about the future, the impact of the economic recession is weaker, economic expansion is vibrant, and recovery faster. Nigerians need a new lease of hope and optimism buoyed by a combination of heightened government action on security and a clear roadmap of tackling our immediate economic, social, and political challenges. That way we can navigating the future with confidence.
Finally , the government must be ready to engage the people . If there is any challenge we have today it is the fact that the citizenry feels hopeless and do not have much expectations .

BULLYING AT DOWEN? WAITING FOR THE TRUTH.

The tragic news of the death of 12-year-old Sylvester Oromoni of Dowen College Lagos has brought the issue of bullying in schools at all levels to the fore once more. There are conflicting narratives about the root cause of young Sylvester’s death. First is the claim by his family that the 12- year-old boy, before his passage, stated that some of his peers in school tried to initiate him into a cult group, forced him to drink some strange liquid which he resisted. And he was beaten up, which led to his death at a Warri hospital. Before he passed, the cousin alleged that he mentioned five names of those involved.

There is counter-narrative from the school authorities. They claimed that late Sylvester sustained injury from playing football with colleagues. He was given first aid, but the situation deteriorated as young Sylvester complained of hip pain the next day and was attended to by the school doctor. The school invited the parents to pick him up for proper medical attention when there was no improvement.

The two versions of the same story above are far apart and conflicting. The critical issue now is whose version Nigerians should believe and the implication for society? The fact remains that we may not know the truth of what happened to Sylvester until the investigation into the matter is concluded. As traumatic and emotive as the story is, it is suggested that everyone should desist from jumping to hasty conclusions until we get the facts laid out by the investigators.

The families of Sylvester and the school management must allow for a thorough investigation of the issue. I will implore the investigators to look beyond the specifics of what led to Sylvester’s demise and focus on broader issues of a “culture of bullying” and the structures of bullying, including clandestine groups in our schools . They should also look at the broader scope of these bullying cultures across the schools within the local area to establish a “pattern of bullying behaviours” that threatens the fabrics of society.

Our society deserves to know the truth about this issue. Nothing but the truth can assure all that the safety of young people is the minimum our country can guarantee our young people and their parents. Truth in the context is costly. The dynamic nature of the case may becloud people’s objectivity and make them pander to sensationalism
and media trial. Social media is awash with claims and counterclaims of evidence to justify one version of the story or the other.
People may easily condone seductive rumours, half-truths, wild allegations, or outright falsehood sold to them through social media, which may persuade the court of public opinion towards accepting the bullying narrative. If that narrative turns out untrue, it becomes difficult to undo the damage that it may have caused to society. The dilemma is that if we dismiss the bullying narrative because we want to preserve the reputation of our institution at the expense of endangering the lives of others who may be victims tomorrow, posterity will not be kind to us.

Whatever the case may be, the inconvenient truth is that the state owes us the duty of going to any length to establish the truth of this matter promptly, logically, and credibly. That is the only thing that can assuage the fears of all citizens, parents, students, teachers, and school authorities on this matter. Even if bullying is not directly linked to the death of
Sylvester, it is endemic in our schools. There is a statistical increase in cases of bullying and physical intimidation in our educational institutions. No one knows whether the trend reflects the rise of a violent culture in the wider society. But it does seem that the attraction of the profit motive is swamping the responsibility of private school administrators to protect the young ones entrusted to their care.
.It is time for a rigorous review of the administration and welfare aspects of the many private schools in the state. An industry with such robust patronage requires a strict regime of regulation and oversight. That is the best safeguard against tragedies such as the one that just befell young citizen Sylvester.

In line with William Golding’s Lord of The Flies, young people have a proclivity to run wild and hurt each other deeply when adults have not established rules and regulations that guide relationships between and among young people. Young people with a Jack-like disposition may create mayhem within a school environment and institute a reign of terror and pain on others without any compulsion.