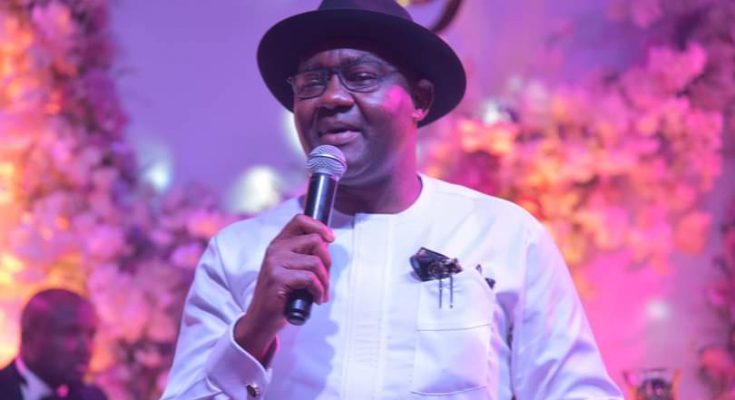 Rivers 2023: Abe’s Formal Entrance into SDP After Many Years of Manipulative Deceit and Treachery Against APC Vindicates Me ~ Eze

Erstwhile National Publicity Secretary of the defunct New People’s Democratic Party (nPDP) and chieftain of the All Progressives Congress, Chief Eze Chukwuemeka Eze, says after several years of using crisis as a scheme to conscript the Rivers APC into a commodity for the advancement of his political merchandise, former Rivers South-East Senator, Magnus Ngei Abe has formerly settled for and diverted his political allegiance to the Social Democratic Party (SDP).

Announcing his allegiance to the SDP, Sen. Abe wrote on one of his social media pages; “Yes I am and I have been a member of the social Democratic Party SDP. I remain irrevocably committed to the ideals that have driven my politics through the years. We will continue to do all we can to improve internal democracy in the politics of our country and focus on the people”.

“I was being officially decorated in the regalia of the Social Democratic Party (SDP), by the National Treasurer of the Party Mrs. Hajia Maggie M. Batubo”

Reacting to the development, Chief Eze said Abe’s romance with the SDP is in furtherance of his search for a political platform to advance his trade and commerce, a dishonest venture which has earned him a means of survival over the years, and not because he subscribes to the ideological perspective and modus operandi of the Social Democratic Party.

From Sen. Abe’s public declaration, it is deduced that he had long left the All Progressives Congress, yet he continued to claim to be a member and in 2019, he led the biggest political sabotage of all times in the annals of politics in Nigeria, where in the process of trying to foist himself on the people over his inordinate ambition, he connived with the opposition party and Gov. Wike who manipulates the court at will to deny Rivers APC the chance of fielding candidate for the elections, denying Rivers people the democratic opportunity of making choices at the polls.

See also  TONY OKOCHA FMR CoS TO AMAECHI IS A SERIAL DEMENTED & FRUSTRATED BETRAYER, SHAMELESS, DESPICABLE, GREEN MAMBA AND COWARDLY PERSONAE - DAVE ENYIDA WHO KNOWS THE INGRATE OKOCHA IN AND OUT

As much as his formal departure from APC calls for celebration, Chief Eze said it is disheartening to note that while he continued to shout and expose the evil plots of Abe against the people, a lot of people demonized and called him names and nobody believed his warnings that the former Senator had a sinister motive and was never been a serious member of APC. He was merely there to act the script of his Lagos and Rivers State colloborators to destroy the political stand of his benefactor and former Rivers Governor, Rt. Hon. Chibuike Amaechi, just to transform his pocket.

Now that his scheme to stop the APC again from participating in the 2023 elections failed, he shamelessly declared that he has been a member of SDP. Going by his claims, it is pertinent that people ask him what exactly was his motive claiming to be a member of APC all these years.

Eze Assures Abe and his cohorts that their devious acts against APC that ruined her chances of participating in the 2019 general elections will surely visit them come 2023.

“Let me once again reiterated that Abe can never and will never smell the Brick House in his lifetime until he formally apologizes to the people of Rivers State particularly those he denied the opportunity to contest the 2019 general elections.”

Abe should not waste his time or money mobilising to contest the 2023 general elections after frustrating others who wished to contest in 2019 unless his interest is to advance his political merchandise and cash out as usual.

See also  MUSLIM-MUSLIM TICKET: RELIGION IS NOT THE ONLY CONSIDERATION - ABE