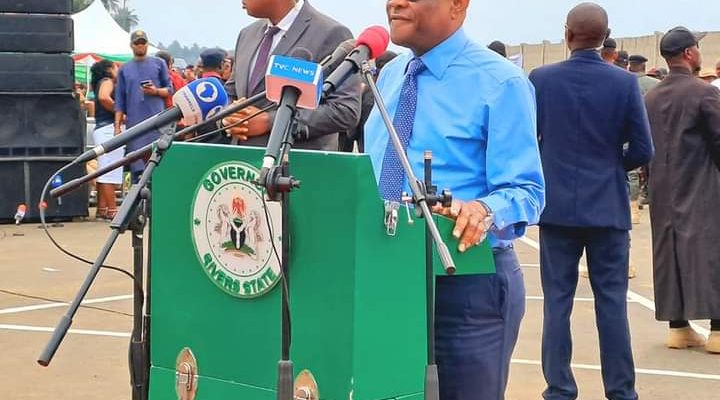 The Rivers State Government under the watch of Governor Nyesom Wike has redefined development in the State. An administration of focused and progressive leadership second to none in the history of modern democracy in the state.

The State Government has initiated and completed landmark projects that is transforming the economic fortune of the People.

A classic example is the recently inaugurated Akpabu- Itu- Umudioga Road in Emohua Local Government Area in the State. A project that creates an instant impact on the social and economic life of the people in the area.

The construction of the road, marked the beginning of a new era in the history of the communities, as residents can now travel to and from the city with ease. It also paved the way for the influx of investors and investment opportunities.

On the issues of security, the newly inaugurated road by Governor Nyesom Wike’s administration now provides easy access for Security Patrol Vans and quick emergency response in event of an unrest.

Thanks to our visionary governor for taking the dividends of the democracy to the people of Akpabu, Itu and Omudioga in Emohua LGA. You are indeed an epitome of good governance.

The rural community dwellers in the area now feels closer to the government of the state more than ever before. Read Full Article