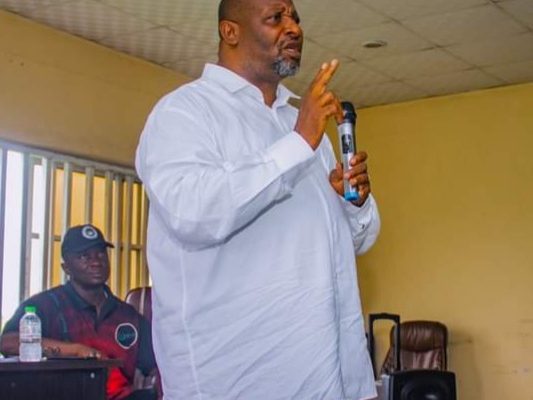 The Rivers State House of Assembly Candidate for Ikwerre Constituency of the All Progressives Congress, APC, for 2023 general election, Hon. Azubike Chikere Wanjoku has commended the efforts of Rivers First Initiative, just as he tasked them to intensify mobilization of more Nigerians at the grassroots ahead of the polls.

Hon. Wanjoku who spoke at the official inauguration of the KELGA wing of Rivers First Initiative (RFI) at the weekend, said Rivers people are the backbone of the state’s progress and development, calling for the involvement of all and sundry in the affairs the State.

The APC Party Chairman of Ikwerre Local Government Area, Chibike Ikenga, who was represented by the secretary of the party in the LGA, Obunezi Amadi, expressed gratitude to members of RFI under its convener, Hon. Azubike Chikere Wanjoku for their consistency in advancing the support base of APC in the grassroot, assuring that he will continue to identify with the group.

Also speaking, the Chairman of Ikwerre Youth Movement, IYM, in Ikwerre Local Government Area, Barr. Prince Amadi, lauded the initiative of the mass movement and its KELGA wing for their zeal and commitment in ensuring that Rivers people votes right in the 2023 general elections across board.

According to him, Youths and Women have a critical role to play in the State’s development and human capacity building, urging the KELGA wing of the RFI to take the message of betterment of Rivers People to all corners of the Ikwerre Local Government.