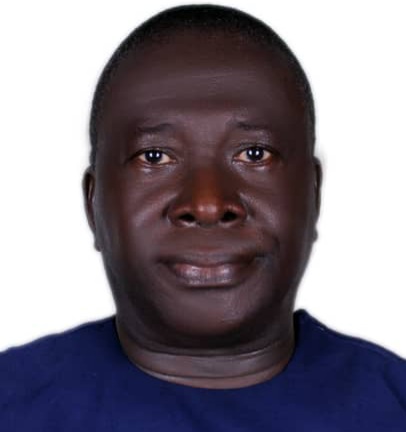 The Law profession is particularly interesting, but may be construed an embarrassing kill-joy to the uninitiated and unversed in the apparently contradictory intellectual game of brick-bats by the lawyers themselves.

I still recall my revulsion at the contrived role of the Association for Better Nigeria, founded by the recently demised Senator Francis Arthur Nzeribe, in scuttling Nigeria’s march towards democratic rule. Nzeribe’s ABN had taken Prof. Humphrey Nwosu’s National Electoral Commission to an Abuja High Court, presided over by one Justice Bassey Ikpeme. He had simply raked up some spurious “improprieties” on the election, which paradoxically existed only in the warped and convoluted imagination of Arthur Nzeribe. But not to mind, it was “justifiable” enough to catalyze the accursed process that culminated in the annulment of the freest and fairest election ever conducted within the shores of our land on June 12th, 1993. The judicial instrument for truncating the elections had been surreptitiously released to the public after 12 midnight on that fateful day.

I have been wondering how anyone could have allowed himself to be used in the perpetration of such heinous and destructive calamity to his own country.

It was in this context that I listened with rapt attention to Arthur Nzeribe’s explanation, when a journalist confronted him and sought clarification as follows: “it is strongly avered in serious quarters that your Association for Better Nigeria is not a properly recognisable legal entity”. Please listen to FAN, the vintage Machiavellian and Maverick politician: “you should realise that the law is quite flexible”.

It is under the guise of this inescapable flexibility of the Law that some of our lawyers have taken condemnable liberty to vociferate misleading and self-serving inanities, that are so far away from the subject matter.

In rendering the Supreme Court’s verdict on Governor Wike’s probe of his Predecessor’s eight years in office by a Commission of Inquiry, Justice Agim of the Apex Court declared as follows:
That the Rivers State Commission of Inquiry IS NOT an adjudicatory body and so does not try or determine disputes as to any rights or obligations of liabilities. He continued..

A Commission of Inquiry is fact-finding or information-seeking about the subject of the inquiry
The 7-member Justices of the Supreme Court were unanimous in their unequivocal assertion that the findings of the Commission are NOT ENFORCEABLE IN LAW.

Now wherein lies the abusively extrapolative submission that our dear RT HON CHIBUIKE Rotimi Amaechi will be made to surrender his Presidency tomorrow, if today’s Governor Wike succeeds in getting one of his famous Courts to indict him on the now bandied N92 Billion.

We are all witnesses to the glaring circus show that Gov. Wike availed us in postulating to become PDP’s Presidential Candidate.

Do you think that Governor Wike will escape the legal onslaught of an APC Rivers State Government, come May 2023, if His Excellency, Governor Tonye Dele Cole should drag him through his Attorney-General to tomorrow’s Rivers Courts, to explain the sources of all the humongous monetary handouts: N 600M to Akwa Ibom State; N600M to Benue State; N500 M to Sokoto State, N500M to Bayelsa State etc etc.

Were these donations captured by the relevant years’ budgets? Where did he obtain the War chest for standing the gargantuan dollar “monstrosity” called Alhaji Atiku Abubakar.
Governor Tonye Dele Cole of Rivers State come 2023, will zealously ensure that his Government’s Attorney-General goes to any length in bringing him to book.

By Barrister Ajulo’s extrapolative and futuristic legalism, there will definitely be no foreseeable escape route for the then Ex-Governor Wike.

Anybody who expects anything short of this intensity of witch-hunting from today’s Governor Wike vis-à-vis the God fearing, workaholic and amiable RT HON CHIBUIKE Rotimi Amaechi must only be living in a fool’s Paradise.

It must be understood for what it is: crass witch- hunting! The assesor of former Governor Amaechi’s eight years of memorable stewardship turned a blind eye to the array of ultra Modern Educational infrastructure, Health facilities, Roads etc .

Not to worry! There is a sure and unassailable Divine Guarantor in Our Lord and Savior Jesus Christ, who says: ALL POWER in heaven and on Earth is given UNTO ME. Who could have imagined a young Rivers Minister of Transportation becoming the arrow-head of the nation’s astounding ferroviaire revolution, and being turbanned by the very Emir of Daura, the President’s home. town.

It was Gamaliel who in Acts of the Apostles, who warned all the goose chasing persecutors of this world, to leave St Paul and the other disciples alone, I may also add, the Dan Amanar Daura alone, for if the Presidency of this country which can only come from God is meant for him, not even the Atikus and the enemies of Rotational Presidency can stop the South and particularly our CRA from EMERGING.