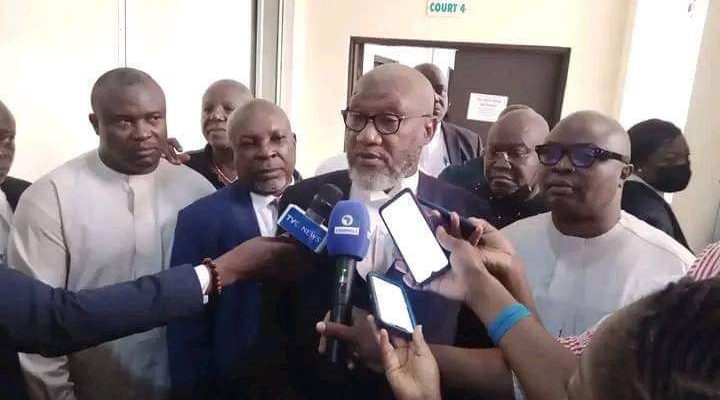 Candidates of the All Progressives Congress APC in Rivers State for the 2023 general elections have asked the presiding judge of court 4 of the Federal High Court Port Harcourt division Justice Pam to recuse himself from the case instituted against them by Nyesom Wike and the PDP.

The candidates who were present in court today July 25, 2022 alongside their legal representatives made this known after the Judge displayed unacceptable position which explains bias and an obvious interest of a person on an errand to ruin the interest of the APC in the forth coming 2023 general elections.

The candidate for the Ikwerre/Emohua Federal Constituency who is also a lawyer, Barr. Ezemonye Ezekiel Amadi who appeared for himself and made known the position of the other candidates to the press expressed lack of confidence in the disposition of justice Pam to matters concerning the APC.

“Justice Pam have consistently shown bias in cases concerning the APC especially in Rivers State and that is not unconnected to his open and we’ll publicized relationship with the Governor of Rivers State Nyesom wike.

I appeared in court partly to inform the court that I have raised a petition to the DCR for this purpose but Justice Pam refused to hear me. He should take the honourable step and stay off the case as I am certain I will not get justice from his court.

The petition I have sent to the DCR/Administrative judge of the Federal High Court, Port Harcourt division is on behalf of myself as I also know that my colleague candidates have done and are doing same. Justice Pam should not sit over this case Barr.. Amadi said.”

When asked what should be expected as actions from the candidate, Barr. Amadi responded; “The case have been adjourned to August 29, 2022 for hearing. I am glad there is a good time for me to take all necessary action within the law to get justice; the kind that Justice Pam cannot give.