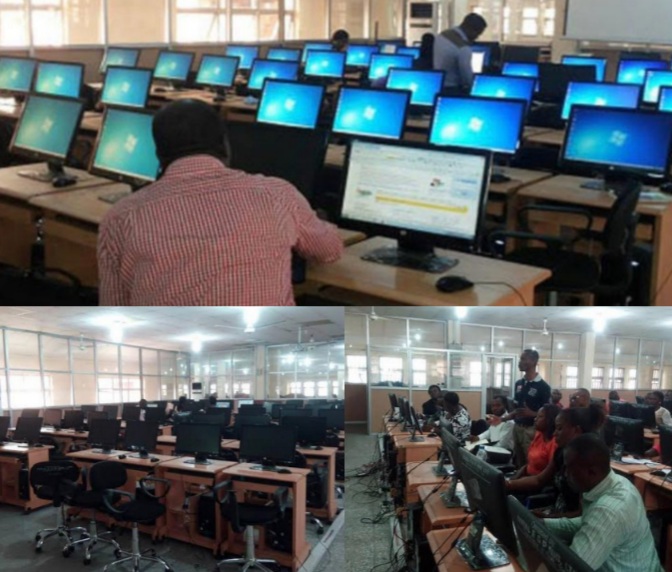 Yesterday, my cousin who is a postgraduate student requested that I drop him off at school, the Rivers State University (formally Rivers State University of Science and Technology) Nkpolu Oroworukwo, Port Harcourt. As we drove within the university and seeing students in full academic and other activities, while their colleagues are at home because of the strike by the Academic Staff Union of Universities (ASUU), I remembered Rotimi Amaechi and his efforts then at repositioning tertiary education in Rivers State.

Today, not many Nigerians know that no tertiary institution in Rivers State is part of the on going ASUU strike, academic activities are going on smoothly. It is a product of hard work, a long, concerted and purpose-driven engagement and commitment of the Rotimi Amaechi’s Administration in 2010.

Rotimi Amaechi upon assumption of office as Governor of Rivers State identified and marked education as a very strong enabler for growth and development of the state, and he committed to building a knowledge economy so that Rivers people could compete with the rest of the world in terms of knowledge. He realized on time that tertiary education was key if the state must develop the kind of human capacity he envisaged. Of course, it was also clear to him that with the incessant ASUU strikes, his goal/policy would not be achieved.

Swiftly, he set out to negotiate lecturers of the State Universities out of ASUU. His intention was not to weaken unionism by the lecturers, but to ensure that they only went on strike for good course, if the state tertiary institutions fall-short of the requirements and standard for good education, and not just follow a bandwagon. To demonstrate good faith, Rotimi Amaechi adopted the 2009 Federal Government and ASUU Agreement as the working document and Agreement between the lecturers and the Rivers State Government.

By January 2011, the Amaechi’s administration had resolved the ASUU strike, which had crippled academic activities in the institutions since October, 2010. The negotiations were led by the Rivers State Economic Advisory Council (RSEAC) headed by former University of Port Harcourt Vice Chancellor, Professor Nimi Briggs, a Council established by Governor Amaechi to advise him on matters of economy. It was therefore a joy and the beginning of a new dawn for tertiary education in Rivers State on that day that Dr. Felix Igwe announced to Nigeria that an agreement had been signed by the chairman of the university governing council, Justice Adolphus Karibi-Whyte (rtd), now deceased, the chairman of RSEAC and that the RSEAC would facilitate the implementation of the 2009 Federal Government and ASUU agreement in Rivers State.

Announcing the suspension of that strike, Dr. Igwe said: “Consequently, ASUU congresses in the two universities resolved to suspend the industrial action until March 31, 2011 and will resume the action without further notice if the 2009 Federal Government/ASUU agreement is not implemented by April 1, 2011”. That announcement has since become the end of industrial actions by ASUU in Rivers State. Before Rotimi Amaechi left office, he set up a budgetary and funding structure that saw to it that the spirit and letter of the agreement was followed and implemented, even thereafter.

It was not just the welfare of the lecturers that received commitment under the agreement and the Amaechi’s administration, academics and infrastructure got fair drive too. The efforts, commitments and investments of Rotimi Amaechi in tertiary education came with a lot of benefits to the system. The RSUST, for instance was later to be distinguished amongst the comity of universities. At the time Rotimi Amaechi came into office in October 2007, RSUST ranked 76th out of 89 universities in the country. At the end of 2012, it ranked 19th. By the end of 2014, RSUST ranked 12th position out of 128 universities in Nigeria. It was an exceptional and unprecedented growth. Unfortunately, in the last eight (8) years, RSU has dropped 4points, as it now ranks 16th position out of the 157 universities in Nigeria.

That was not the only feat Amaechi achieved in education, he succeeded in putting Port Harcourt, Rivers State in the world map as Port Harcourt City was voted in 2014 by UNESCO and it became the second city in Africa to be voted as World Book Capital, second only to Alexandria, Egypt (2002).

Now, more than ever before, Nigeria and indeed the students need this kind of permanent solution to the ASUU imbroglio in order to return the country’s tertiary education to its lost glory. Let us hope and pray that one day Nigeria will get it right with ASUU, just as Rotimi Amaechi did in Rivers State, and that begins with getting the right man for the job.