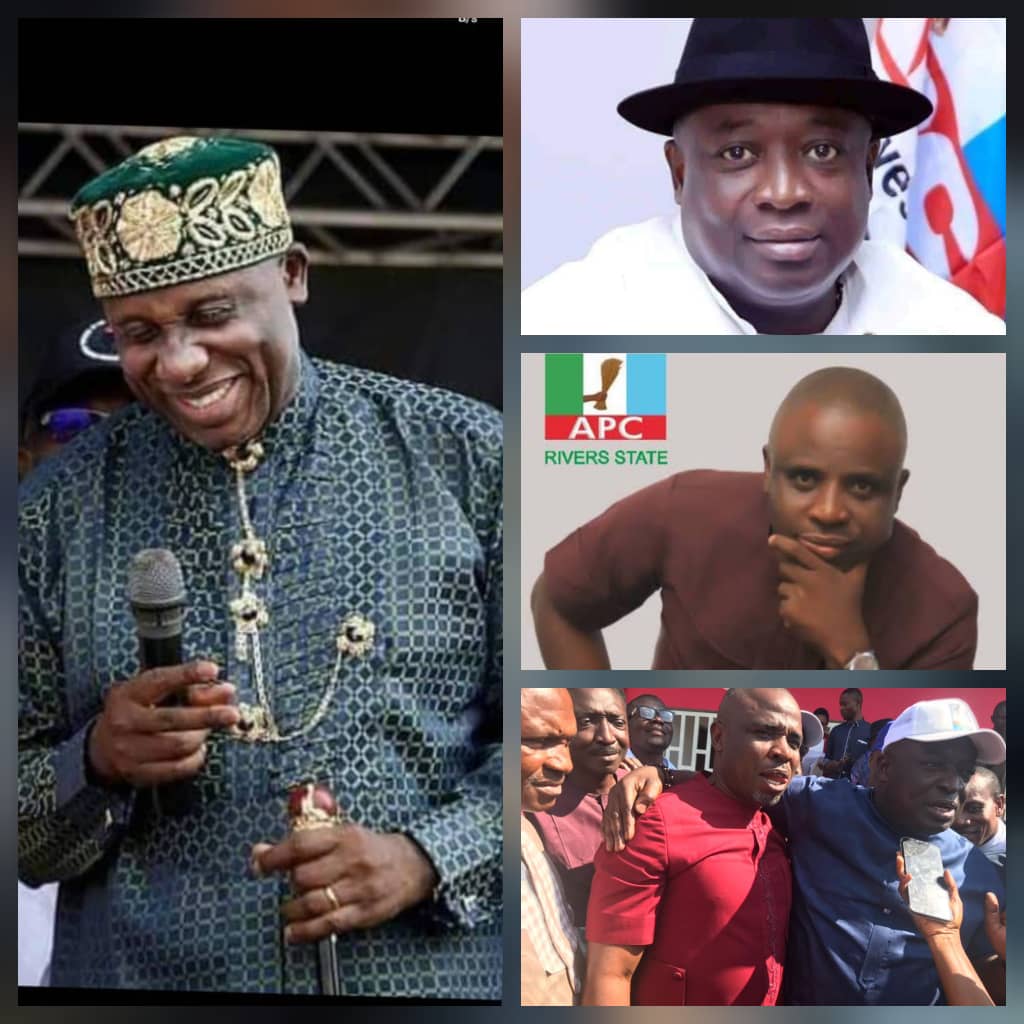 ….Hails Nyeomasila, Bekee for Pledging to Work Together…Describes Abe’s Man Boycotting the Screening as a sign of cowardice

Chieftain of the All Progressives Congress and erstwhile National Publicity Secretary of the defunct New People’s Democratic Party (nPDP), Chief Eze Chukwuemeka Eze, has urged delegates for the October 16 Congress of the APC in Rivers State, to conduct a very careful and comprehensive survey on all aspirants vying to serve the party in the various positions that form the executive committee.

In a statement made available to media houses in Port Harcourt, the party Chief said delegates must take an honest individual appraisal of the antecedents of each contender and arrive at a decision that satisfies the conscience, in order that the outcome of the process will unite all interests and ultimately translate into victory for the party and the suffering masses in Rivers State.

Commending the Transportation Minister and South-South leader of the party, Rt. Hon. Chibuike Amaechi, for giving aspirants the needed platform to express their interests, the party Chief said such avenue strengthens internal democracy as could be seen in the serious engagement of delegates by aspirants who are competitively wooing stakeholders to win their votes.

He said making the process competitive will attract a widespread support for successful aspirants, calm frayed nerves and shut every window of post-congress crisis that would result in another season of commotion that would possibly cascade into an operational Summersault for the Rivers State Chapter of the All Progressives Congress.

Eze commended and congratulated he two frontline aspirants for the Chairmanship position for Rivers State, Chizi Nyeomasila and Chief Emeka Beke who have agreed to a truce, for a peaceful, hitch-free exercise on Saturday.
and support whoever emerges victory during the Congress; describing the patriotic decision by this duo as a very welcome development as they have proven that they are truly loyal followers of our leader the Rt. Hon. Rotimi Chibuike Amaechi.

Eze quoted Chief Emeka Bekee as stating, “Power Comes from God. Between my younger brother, Chizi Nyeomasila and myself, whoever wins will support the other to succeed”

The party Chief commended the two aspirants and their teeming supporters for taking the patriotic decision to tow the path of progress, especially for the collective interest of Rivers electorates who have been denied the necessary dividends accruable to a people in a democracy.

Describing the union as a symbol of victory for the party and a show of loyalty to the Transportation Minister and leader of the party, Rt. Hon. Chibuike Amaechi, Eze urged the two top contenders to stay true to their individual pledge to support whoever emerges amongst them to unite and move the party forward.

He further urged all party men and women working at cross-purposes with the cardinal goal of winning the 2023 guber, to take a clue from Chizi Nyeomasila and Emeka Beke and retrace their steps in the interest of the generality of the suffering party faithful and pauperized Rivers people who have been ripped off in all areas to a proportion beyond human imagination.

I therefore use this medium to call on all other party men and women to emulate this landmark decision hoping that the likes of Sen. Magnus Abe will learn from the duo when it comes to party loyalty.

In the same vein, the party stalwart knocked Sen. Magnus Abe and his commissioned agent of destabilization, Golden Chioma, for boycotting the screening exercise for reasons concocted from the moon and totally difficult for the grasping of human intellect. Describing such a devilish plot as a sign of cowardice

Recall that Golden Chioma, who had also purchased nomination form for the Chairmanship position, suddenly made a u-turn when he failed to appear before the screening panel, only to appear on radio to say the already concluded and ratified ward and local government congresses were defective.

This clearly shows that Abe and his people have been deeply engaged in politics of cosmetics and have got no electoral value. Their chief motive is to continue to cause confusion Rivers APC, holding brief for Wike and the PDP for a pay and no more..

The party stalwart however urged delegates to streamline their votes to only aspirants who complied with the lawful directive of the national leadership of the party on membership revalidation and who have valid means of identification as members of the All Progressives Congress, stressing that the right to stand election into party offices is an exclusive preserve of members of a political organizations and not for frolicking imposters.

While wishing the party a successful congress, Eze appealed to those who will come as runner-ups and also-rans, to support the winners and strengthen the party’s bond of unity towards the 2023 elections.