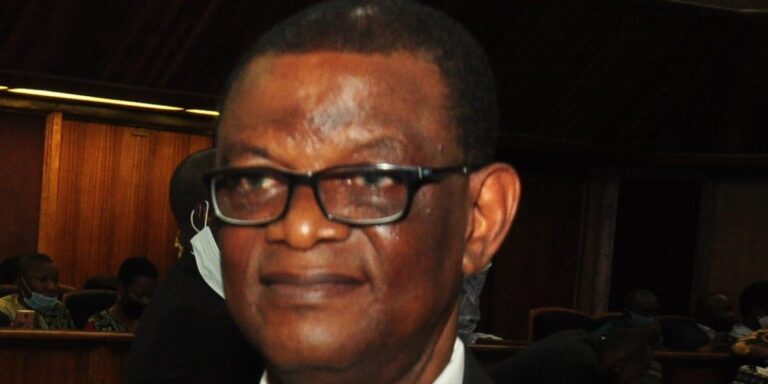 Nigerian Supreme Court Judge, Mr Oseji, who has been less than one year on the apex court bench, died at 67 on Tuesday.

Sources at the Supreme Court confirmed to PREMIUM TIMES that he died in Abuja after a protracted illness, details of which could not be immediately ascertained.

An official of the court said the Chief Justice of Nigeria (CJN), Tanko Muhammad, had to visit him at an unnamed hospital about two weeks ago.

His death brings the number of Justices of the Supreme Court to 17.

Born on June 2, 1954, Mr Oseji hails from the Aniocha North Local Government Area of Delta state in the South-South zone of Nigeria.

He attended Saint Patrick’s College, Asaba, Delta State. He graduated from the University of Nigeria, Nsukka in 1984 and was called to the Nigerian Bar in 1985.

In 1998, he was appointed a judge of the High Court of Justice, Delta State. He was elevated to the Court of Appeal in 2010.

While on the Court of Appeal Court bench, he served in Enugu, Lagos and Benin divisions of the court before his elevation to the apex court last year.

He was among the eight Justices of the Court of Appeal elevated to the Supreme Court bench in November 2020.

He was sworn in to the apex court bench by the Chief Justice of Nigeria (CJN), Mr Muhammad, on November 6, 2020.

Mr Oseji, who is married with children, has been serving in that capacity until his death on Tuesday.

Samuel Chukwudumebi Oseji, a Justice of the Supreme Court, is dead.