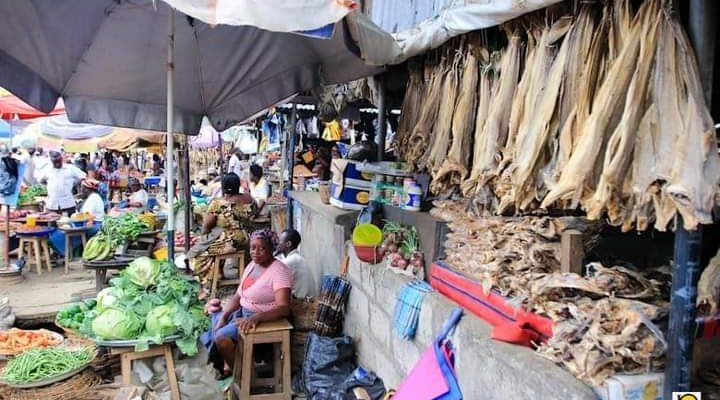 The “Oil Mill Market” other wise known as Wednesday (or midweek) market came into existence soon after the Nigerian/Biafra War.

Historically, the present day Oil Mill Market sprang up as *Nnempi Market* whose major commodity was cassava (Akpakpuru) which came in both tuber and fermented forms because of the abundance of water in Mini Chi River.

People from far and wide came to to *Nnempi Market* to buy and sell *Akpakpuru.*

The federal Government high way, constructed by Guffanti gave impetus to the quick expansion of the Nnempi Market.

Around 1971-1977, the IKWU CHORLU MEETING gave great impetus to the development of the *Nnempi Akpakpuru Market.

In 1977, the market site was extended by Ikwu Chorlu Meeting with Elder Augustus Amadi as Chairman; other members of the meeting were Engr. B. A. Worgu, late Chief Abel Worgu, Mr. Josiah W. Worgu, Late Chief N.C.O. Nlerum and Austin W. Worgu.

After this exercise, the Nnempi Market attracted the attention of the greater Rumukwurusi people.

The Nnempi Market then metamorphosed into the present day Oil Mill Market.

The market grew and became so popular that Lt. Col. Dauda Komo, the governor of Rivers State in the early 1990’s expanded the Market to its present size.

This did not naturally go down well with the land owners in the expanded area and a court action was brought against Engr. B.A.Worgu and other notable members of the Market Committee like Stanford Achor, the claims were about N12,000.00 in damages.

Through the spirited efforts of Amadi Esther Chorlu and others, the matter was peacefully resolved at the then Mr. Clinton Orianwo’s house in which it was ruled that a portion for shed development and one cow be given to Rumuokwurusi people for appeasement.

With these resolution, the market grew by hobs and loops giving use to (though prudent management of market resources) the establishment of the Comprehensive Secondary School Rumuokwurusi, Evo Community Bank, Rumuokwurusi Health Centre.